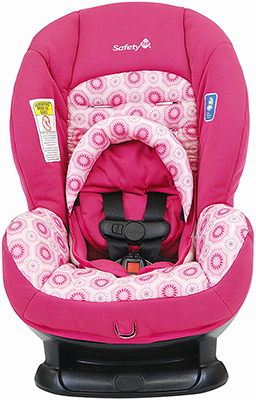 The Safety 1st Scenera LX Convertible allows people to have a safety-certified car seat for a low price. The car seat converts from rear-facing to forward facing to provide parents with flexibility as infants grow into toddlers. The car seat accommodates children weighing from 5 – 40 pounds. The lightweight child restraint also moves easily between vehicles and installs fast.

Sometimes parents are concerned about this bare-bones style of seat. Rest assured that this seat meets all of the safety regulations and standards. However, the weight and height restrictions are a bit limited and make it so that the child seat cannot realistically be used for more than the first few years. Children will require another car seat as they get bigger.

Safety features include side impact protection and a 5 point harness. A removable, washable car seat pad and a removable cup holder add to the convenience. 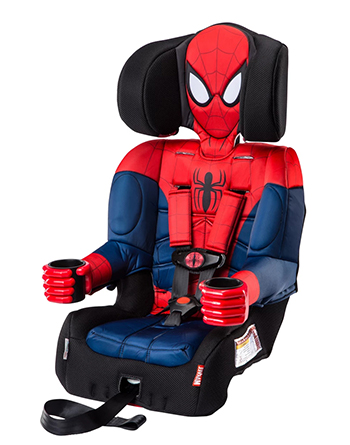 The KidsEmbrace 2-in-1 Harness Booster Car Seat is a totally fun and unique spin on the classic booster seat. These seats from KidsEmbrace heavily incorporate classic superhero characters like Spiderman for a safe car seat solution that will leave your child smiling.

Regular booster seats look boring in comparison to these superhero car seats. This might be the solution for parents who fight to get their children into a booster seat as kids get to ride along with their favorite heroes. KidsEmbrace has car seats available with Marvel, DC, Nickelodeon, and Disney characters.

The Safety 1st onBoard 35 Air 360 is a good option to consider for families on a budget. When parents hear that, they might question safety, but that’s not an issue with this seat. It’s been crash tested from every angle for front, side, rear, and rollover scenarios. This has led to a design that meets or exceeds all federal safety standards as well as the European rollover standard.

While it’s average among today’s car seat weight ranges (4-35 pounds), it performs as well as other seats twice the price in several areas. It’s not without its flaws, least of which is that it’s not overly fashionable. Nor does it have a lot of bells and whistles, but it’s a seat that will do the job it’s designed for – keeping your baby safe.

The onBoard 35 Air 360 replaces the now discontinued onBoard 35 Air car seat. The Air 360 has more extensive crash testing as well as several additional safety features. It’s only slightly higher in price, so the upgrades are definitely worth it. 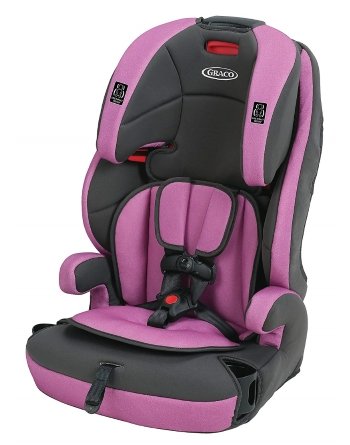 The Graco Tranzitions 3-in-1 Harness Booster Seat is an improvement over the older Nautilus, released back in 2007. The Tranzitions is a sleeker, narrower design that works better than the bulky Nautilus for placing multiple car seats in your vehicle.

It’s lighter too, for families who often travel or switch car seats from vehicle to vehicle. We liked that it’s also a nice-looking seat, which you don’t always find in one so budget-friendly and practical. 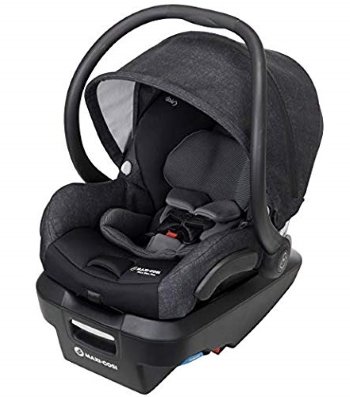 Designed for infants from 4 – 30 pounds, the Maxi-Cosi Mico Max Plus is chock full of European style and innovative safety features. This sleek, fashionable seat isn’t cheap, but the high quality makes it a worthy investment.

Maxi-Cosi has long been a hugely popular brand of car seat in Europe. While the European models aren’t interchangeable with Maxi-Cosi’s American car seats, parents in the US are loving the comfortable, stylish safety that the brand offers.

This is a great car seat and so far parents are happy in their reviews of it. We’ve compiled all the information available and added it to this review. 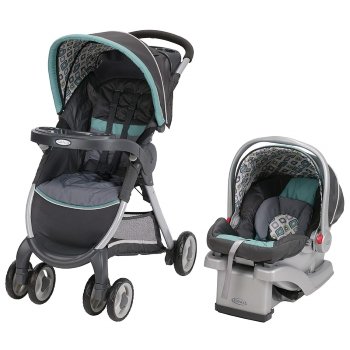 The Graco FastAction Fold travel system is one of many options in Graco’s impressive line of stroller and car seat combos. It’s a classic 4-wheel stroller that comes with a SnugRide 30 LX infant car seat. Just for comparison, we rated the alternative SnugRide 35 as #2 on our list of top infant car seats.

This system has several good features that make it very popular among parents. For one, it’s affordable. Also, it’s simple to use, stylish, and has plenty of features to make any outing more comfortable.

Still, it might not be the best choice for every family. Let’s take a look at some of the details so you can decide if it’s right for you.

END_OF_DOCUMENT_TOKEN_TO_BE_REPLACED
FOLLOW US
Bestcarseathub.com is a participant in the Amazon Services LLC Associates Program, an affiliate advertising program designed to provide a means for sites to earn advertising fees by advertising and linking to amazon.com and affiliated sites.