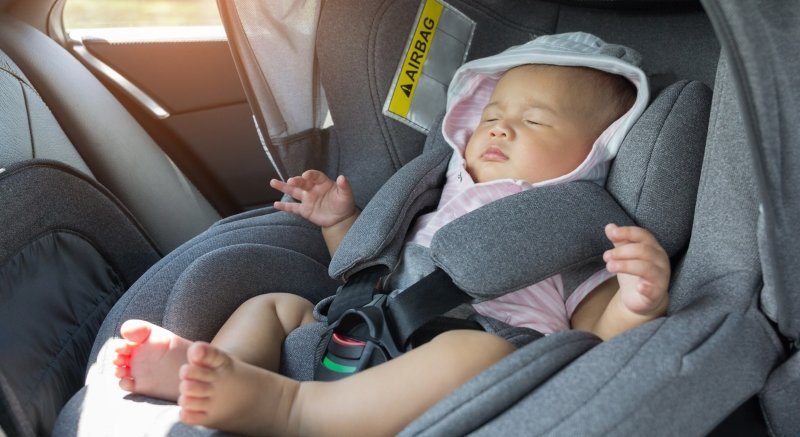 From the time your baby leaves the hospital until he can use a seat belt alone, you’ll need a child safety seat. With the vast array of car seats on the market, it’s hard to determine which one is best as your child gets older.

The AAP now recommends keeping your child rear-facing for as long as you can past 2 years of age. Some infant rear-facing car seats have a low weight limit of 22 pounds that make extended use almost impossible. Likewise, most forward-facing seats on the market have a minimum age of 2 years. While it’s technically legal to turn a child forward-facing at this age, it’s better to wait.

Luckily, more car seat manufacturers are listening to the AAP’s recommendations and are now making car seats that allow for extended rear-facing use. But why is this even necessary?

Why rear-facing is the safest way to travel

Studies have shown that children are 70% safer riding rear-facing than forward-facing. This is because young children’s growing bones (especially in the neck and spine) are delicate and prone to severe injury, especially in head-on collisions. These crashes are the most common and result in the most injuries.

In a head-on crash, the restraints on forward-facing seats don’t keep your child’s head and neck from being flung forward. Toddlers and babies don’t have enough neck strength to support their heads in such a crash. In a rear-facing seat, the child is pushed into the seat itself during a head-on collision, which better surrounds the head, neck and spinal column and absorbs most of the crash forces.

What about other types of crashes? Is rear-facing still safest? 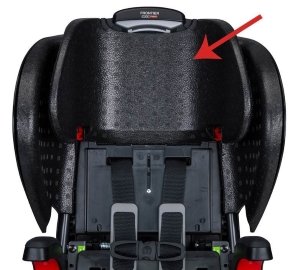 Yes, rear-facing is still the safest way for babies and toddlers to ride no matter what type of crash. These seats have deep enough seat wells and padding around the head to better absorb energy from side-impact and rear-end crashes than their forward-facing counterparts. This is largely due to safety innovations inside the seat itself.

You’ll see many seats that advertise side-impact protection in the form of EPS (Expanded Polystyrene) or EPP (Expanded Polypropylene) foam. These are made from lightweight foamed plastic that deforms during a crash to absorb the forces being exerted on the child’s body. It also provides a shield from projectile objects, crushed-in car doors, etc. This is usually added heavily around the seat shell and head cushions.

Won’t a child over 2 years old be cramped in a rear-facing car seat?

Not necessarily. Every child is different, so this will depend on your child’s size and the size limits of your seat. Parents often worry that if their child’s longer legs are bent and touching the back of the seat, he will be uncomfortable. This isn’t usually the case.

Children are much more flexible than adults. Just watch how your little guy can tuck his feet under himself and sit for a long while while eating dinner or watching TV. Their joints can take that kind of stress for longer than adults.

But then parents ask: “Is there a greater chance that their legs could be injured in a crash if they’re bent?” The answer is yes. However, a broken leg is a much better alternative than a broken neck or spine.

How do you know if your child is outgrowing her rear-facing car seat?

What are the best options for extended rear-facing car seats?

Opt for convertible seats with high weight limits of 45 pounds or more. Keep in mind that convertibles are bulkier than other seats, especially when used rear-facing, so you’ll need to know the dimensions of your back seat to compare with the rear-facing dimensions of the safety seat.

The Diono Rainier 3-in-1 has one of the narrowest profiles on the market. So it’s great if you need more than one car seat in a row. Its rear-facing weight limit of 50 pounds makes it easy to keep your child rear-facing beyond 2 years old. However, it’s pretty tall, so it may not leave a lot of legroom for the front passenger.

For taller front passengers, and for those who would rather their child’s legs not be bent, try the Graco Extend2Fit. It’s pretty wide so it won’t be great for fitting 3 car seats in a row, but it takes up less room front to back. It has a 50 pound weight limit and a leg extension panel with 4 positions so your child has more legroom.