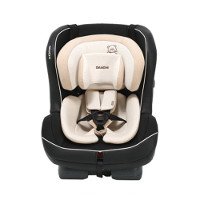 There are certain recommendations when it comes to upgrading or switching to a new car seat. Crash test comparison in terms of safety when kids ride in the car resulted into newly recommended standards and regulations to comply with as per consumer reports. This particular recommendation which has recently has been released have to do with parents having to purchase or switch over to a new car seat even sooner than they expected.

The recent modification that parents and guardians need to comply with is more about moving the child from its usual infant car seat to its upgraded version or a convertible car seat instead. These two seats differ from each other and have their own functionalities to offer at a certain stage to keep the child safe from harm when traveling in a vehicle. The infant seat can easily be installed and removed from the car seat as it also functions as a carrier for your young baby. On the other hand, the convertible one is more bulky which makes it more difficult to detach from the car once it is installed.

Now, you may somehow be wondering why switch when that is the only difference that they have, right?

Well, from the hospital up to a certain height or weight, you will find both the infant and the convertible seat a good option for you to use. However, as your child grows the infant car seat will not be able to accommodate your child once he limit for height and weight changes. This is where there will be a need for parents and guardians to upgrade the seat to an appropriate one. While the convertible one can be adjusted with accordance to the child’s weight as an infant and then readjust once the child grows. This particular rule is also adopted by most of the manufacturers of these seats.

Now, when we talk about the limits, this will definitely differ from one brand to another. The highest limit on weight will be 40 lbs. and the maximum limit in height will be 30 inc. More often children around 15 months will soon reach the maximum limit of their height, and this is why for safety measures, consumer reports opt not to wait until the children are at the age of 1 before switching to a convertible seat.