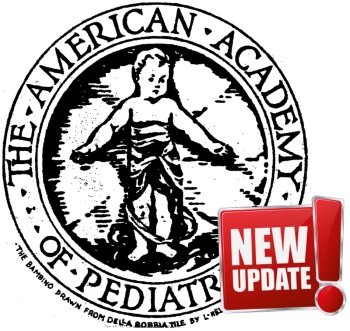 The AAP (American Academy of Pediatrics) has amended their current recommendation for extended rear-facing (ERF) from at least age 2 to as long as possible. In a November 2018 issue of Pediatrics (which came out Aug. 30), the AAP removed the minimum age limit to say that children should ride in a rear-facing car seat until they reach the highest weight or height allowed by the seat.

Until now, the US has had a lower minimum age recommendation for rear-facing than many other countries such as Sweden, where the minimum age for switching to forward-facing is 4 years old. It should be noted that Sweden also has the world’s lowest crash fatality rate for kids under the age of 6. They were the first to develop car seats with 45+ pound rear-facing weight limits. 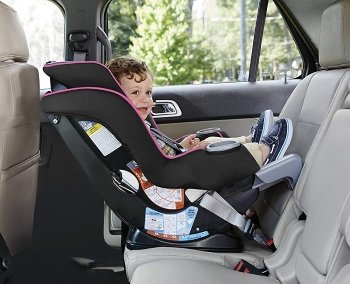 Car seat manufacturers in the US have been slower to develop seats with weight-limits that allow for extended rear-facing. The standard infant seats once had a 20 – 25-pound weight limit. In the past decade, we’ve seen an increase to 30 – 35 pounds for infant seats and a rear-facing limit of up to 50 pounds or more for some convertible seats such as the Graco Extend2Fit convertible car seat.

Before the AAP’s 2011 recommendation of 2 years minimum, the recommendation was 1 year old and 20 pounds. Many studies dating back a couple decades through the present day have shown that children are over 70% safer riding rear-facing than forward-facing. Rear-facing seats better protect the delicate bones in the head, neck and spine by absorbing more crash forces than a forward-facing seat.

Ben Hoffman, M.D., chair of the AAP Council on Injury, Violence and Poison Prevention and co-author of the new recommendation, says that though even forward-facing child safety seats have drastically reduced fatalities, their effectiveness in preventing injuries isn’t as certain.

“We just don’t have a large enough set of data to determine with certainty at what age it is safest to turn children to be forward-facing,” Dr. Hoffman says. “If you have a choice, keeping your child rear-facing as long as possible is the best way to keep them safe.”

Why aren’t more parents already adopting ERF when we now have car seats available to support it? Parents are often excited to reach milestones in their children’s lives, including switching them to a “big” boy or girl forward-facing seat. Children may be impatient to switch to forward-facing seats when they see their friends riding in them.

Yes, it’s a little easier to buckle a child into a forward-facing seat. But as parents, we must be firm when it comes to safety even when it’s inconvenient.

Your best option is go with ERF for as long as possible. Try to choose infant or convertible seats with higher weight limits of 35 – 50 pounds. When your child reaches the height and/or weight limit for their rear-facing seat, then it’s okay to switch to a forward-facing seat with a 5-point harness.

The recommendations after that remain the same. When they’ve grown out of forward-facing, switch to a belt-positioning booster seat until they’re big enough for the lap and shoulder belt to fit correctly across the chest (not the neck) and across the tops of the thighs (not the abdomen). Then you can switch to either a backless booster or remove the safety seat altogether. Regardless of safety seats, children should always ride in the backseat until 13 years of age.